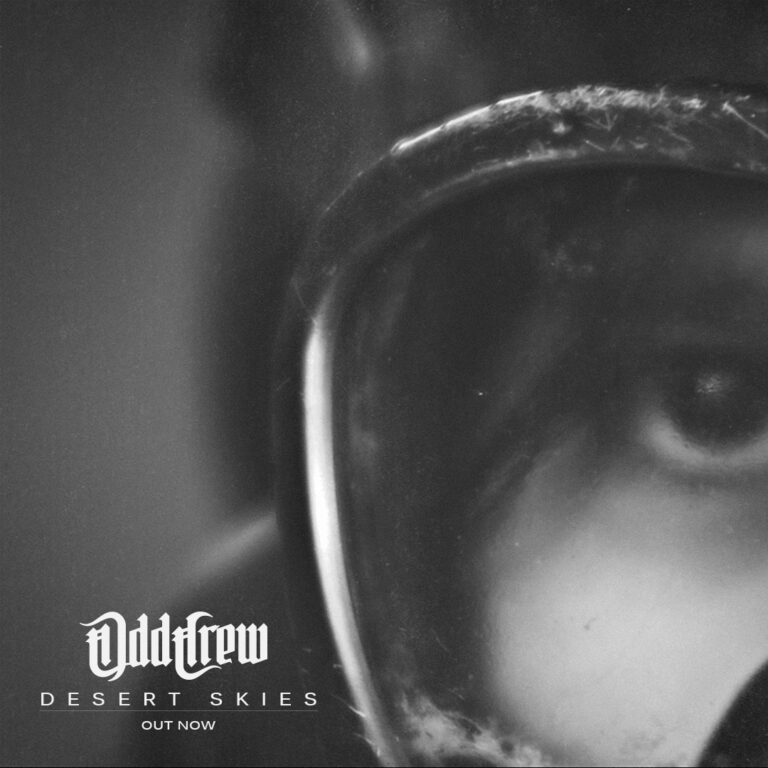 ODD CREW’s new video is now online! It is for the song ‘Desert Skies’ – fifth single from upcoming album ‘Dark Matters (Part I)’, foreseen to be released on May 27 2022.

‘Desert Skies’ was recorded in ODD CREW’s own ‘ButcherHouse Studio’ in Sofia and produced and mixed by the band themselves.

The band comments: “The four of us grew up loving the music of Black Sabbath. This has always inspired us to make songs that are close to our souls. This is also the case with this song. ‘Desert Skies’ is one of the most sentimental and personal tracks we have ever written. Each one of us put a lot of emotions in it. We dedicated it to our children, because its message is about our hope to leave a better world for them and the next generations.”

Listen HERE.
PRE-ORDER the album HERE or check out our Merch Store.
ODD CREW also announced first tour dates in Bulgaria in May and June, shortly after the release of the new record. The band will also take part in a number of summer festivals.
Tickets for ‘Dark Matters (Part I)’ New Album Promo Tour HERE.
Join the S.P.R.F. Crew.