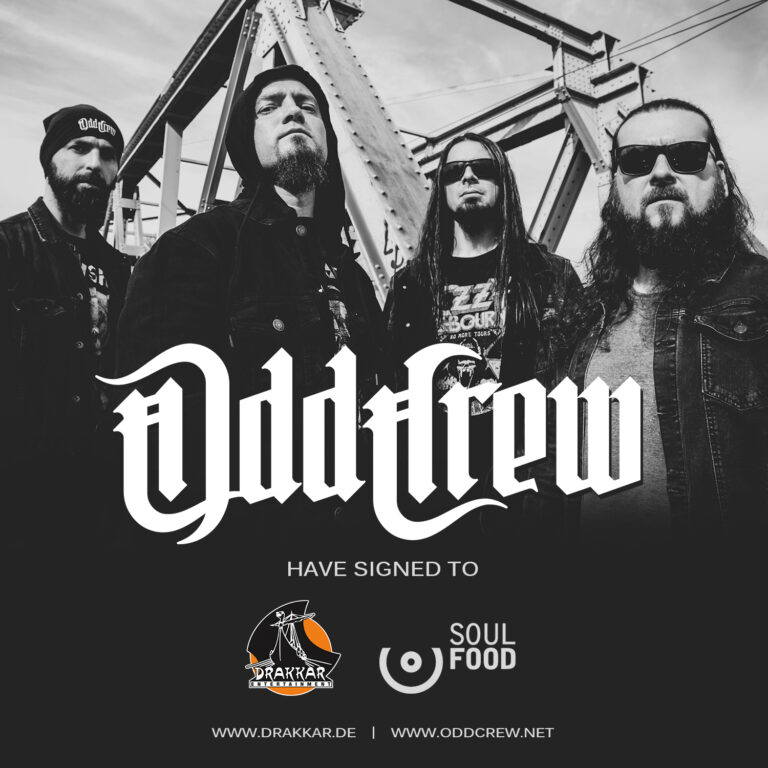 ODD CREW are proud to announce that the band has signed a deal with the German label Drakkar Entertainment!
Furthermore, the band has wrapped up the recording of a brand new studio album which will be released in 2022! Stay tuned for more updates!

Drakkar Entertainment is a part of Soulfood Music Distribution GmbH, which is a part of Believe Music – one of the world’s leading digital music distributors.

Drakkar was found back in 1986 and over the years has worked with bands such as Kreator, Sodom, Rage, Helloween, U.D.O., Running Wild, Sepultura, Death, Voivod, Savatage, Biohazard, Haggard, Nightwish, etc. The label currently has a roster of over 70 artists and 200 releases, of which 8 gold and 2 platinum.